Most notable change: Hotwire is enabled by default.

This is what we refactored. See widget to record videos and store them in active storage

Recording is a polymorphic model. Want to save it, but not use a nested form
👇 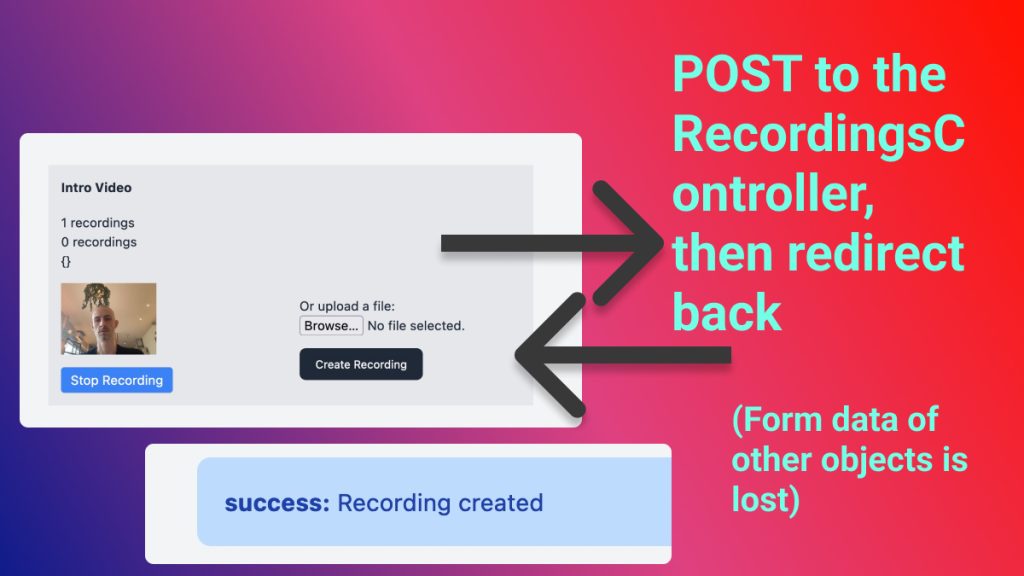 How this looks with Hotwire:

The user clicks a button, and it opens a modal (no need to be a modal, but it’s nicer to see your self bigger) 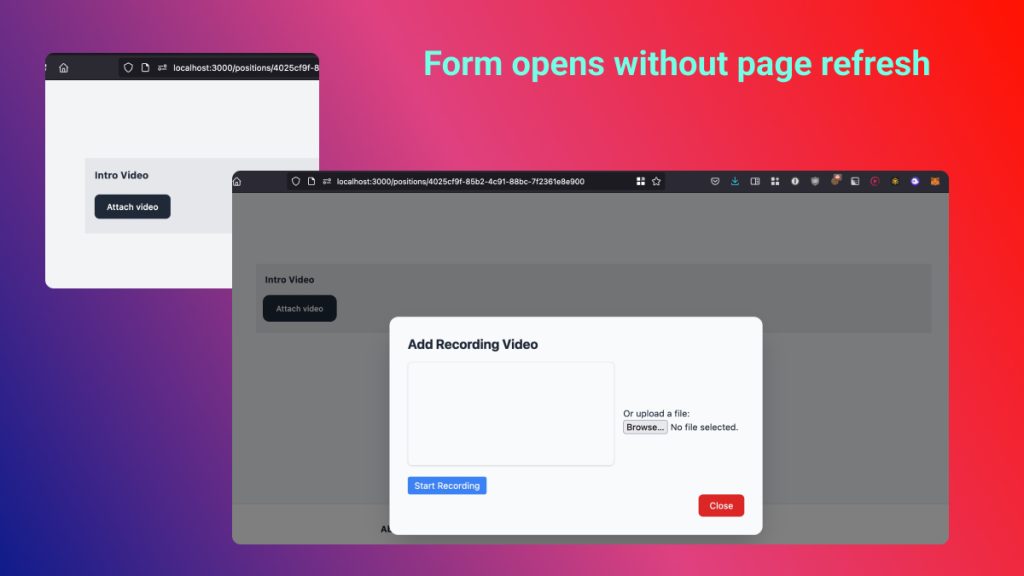 Then you record yourself. This is some simple logic inside a @stimulusjs controller.

After recording, the file field is populated with the video.

This is where Hotwire comes into play. 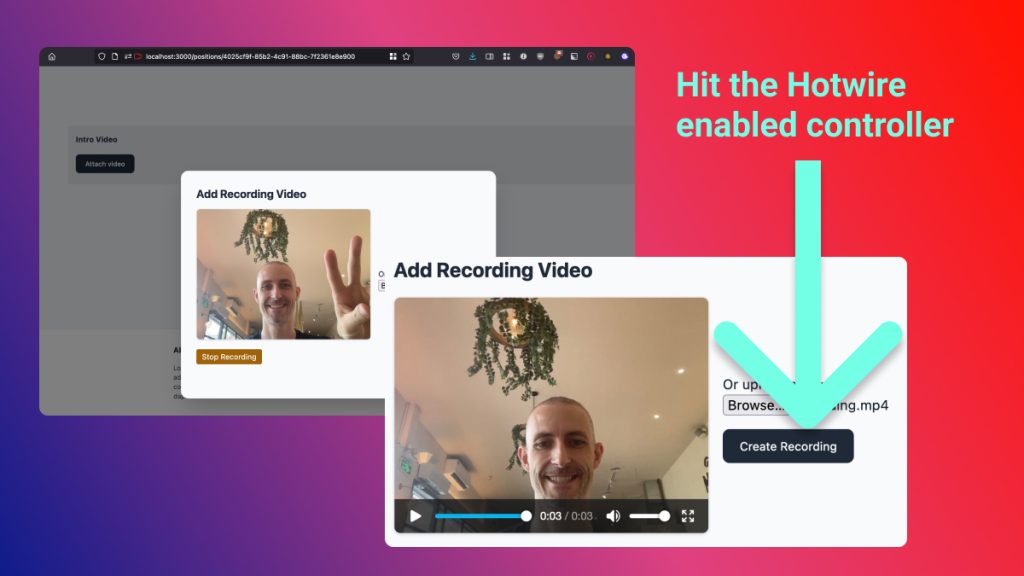 The controller yields a turbo-frame response, which replaces the HTML of the widget.

Now we can add this recording widget to any other form

it’s faster and has better usability. 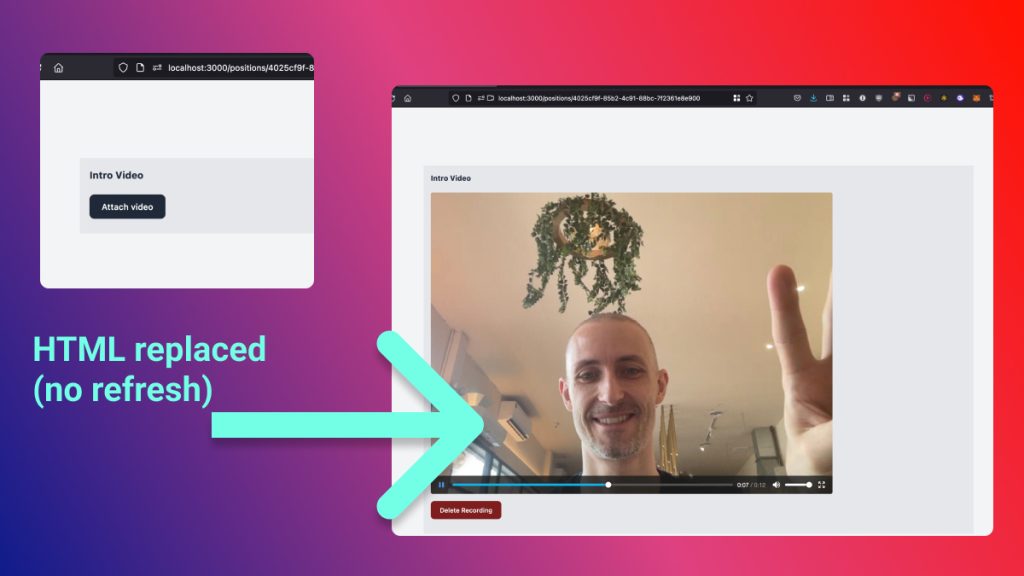